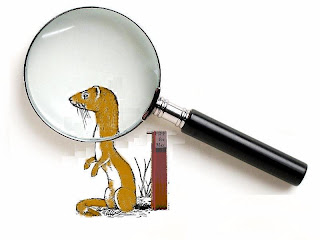 Three sentenced for multi-million dollar tax fraud
In a Media Release today the Australian Tax Office said that one of Australia’s largest GST fraud cases
was finalised today with three South Australians sentenced to a total of 12 years jail for tax fraud of $6.8 million.
Maxwell John Reid, 62 and Edna Reid, 48 of Adelaide and Graham Ernest Dasborough, 75 of
Port Augusta, were found guilty of a total of 66 fraud-related charges.
Appearing in the District Court of South Australia, Maxwell Reid was sentenced to 7 years, 4
months for 66 counts, Edna Reid was sentenced to 2 years for 63 counts, and Graham
Dasborough was sentenced to 20 months for 21 counts.
The court heard that between 2001 and 2002, Reid, a former opal miner in Coober Pedy, and
his two associates submitted 69 fraudulent activity statements claiming refunds on behalf of 30
registered businesses.
The majority of the refund claims related to the fictitious trading of rough and uncut opals
between the businesses.
Over $4 million in refunds were paid, however Tax Office checks identified the fraud and
further refunds of $2.8 million were stopped before they were issued.
A joint investigation by the Tax Office and Australian Federal Police followed and Reid and
his associates were arrested and charged.
Tax Commissioner Michael D’Ascenzo said the sentences are an important reminder that tax
fraud carries serious penalties.
"People who commit tax fraud are disadvantaging the community and the majority of
Australians who do the right thing and pay their fair share of tax.
"That’s why I am committed to ensuring that those who defraud the tax system are detected
and dealt with firmly," Mr D’Ascenzo said.
Before being eligible for parole Maxwell Reid will serve 5 years.
Edna Reid was released on a good behaviour bond of three years and Graham Dasborough was
also released on a good behaviour bond of two years and six months.
# posted by Gazza @ 6:05 PM 17 comments 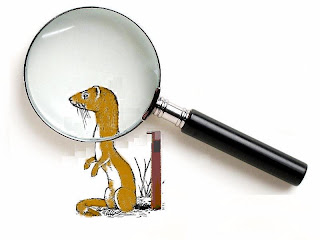 Max Reid sentencing put off
Earlier this month the Criminal Jurisdiction of the South Australian District Court was scheduled to hear sentencing submissions to do with the case of The Queen vs Maxwell Reid in the matters of Obtaining a Gain and Defrauding the Commonwealth. Other parties in these matters were Edna Reid and Graham Dasborough.
The sentencing submission has been put off to 27 March at 9:30 am.
Several Coober Pedy people have been attending court in Adelaide in recent months as witnesses in these matters to do with Max Reid.
Mr Reid is now locally spoken of as “The Weasel”, a title ‘conferred’ on him by a local resident who has had considerable involvement with Mr Reid’s various business ventures in Coober Pedy and elsewhere.
As the legal procedures involving Mr Reid drag on and on, “Weasel Watching” gains momentum in Coober Pedy.
# posted by Gazza @ 10:34 PM 1 comments

Thursday morning in Coober Pedy is the busiest morning of the week. It is shopping day. From 7am onwards shoppers come to the supermarket.
This morning just before 8am while shoppers were coming and going at the Miners Store, a man chased some women across Coro Lane to the front of the Miners Store. He was shouting at them and they were running for their lives. The group burst into the undercover area right in front of the opening to the store. The man was hitting at the women with clenched fists. He looked to be intensely angry and was out of control. At the same time the manager of the store moved out very quickly from inside the store and proceeded to get in- between the man and the women and force the attacker away. He was successful at first, and in the lull that followed, he phoned police using a mobile phone while standing on the footpath, looking in the direction of the attacker, who had receded. But the phone call was diverted to Port Augusta as there is no-one on duty before 8.30 in Coober Pedy. Port Augusta police apparently tried to raise someone thought to have been ' on call' in Coober Pedy, but apparently there were not able to make contact with anyone.
No police responded.
In the meantime the attack began again, the attacker rushing violently at the women right outside the store. The store manager confronted him. The attacker rushed at him. The manager fought him off but the attacker shaped up, dancing like a prize fighter trying to intimidate an opponent in a title bout, attacking him, flailing punches.
The post office manager rushed out to assist the store manager. The store manager kept resisting the attacks of the angry, violent man and at the same time continued to force him away from the store front. Finally, with a combination of kicking and shoving and punching, the store manager managed to force the attacker down to the ground in the bitumen car park area very close to the street. He landed very heavily as a result of the store manager's efforts, and bounced a bit, and he clearly was fairly well stunned by the fall.
Then the women who had been attacked tried to pelt stones at the attacker as he was trying to regain his feet. The post office manager tried to restrain them. The store manager came back towards the store, trying to catch his breath, limping a bit.
More phone calls were made on the footpath to police from mobile phones. The response was exactly the same as before. No police came. The phone calls were made over a period of about ten minutes. For many minutes after things had become quiet and peaceful, there was still no police response.

With Oxiana’s Prominent Hill significantly on track as ‘the world’s next best copper/gold mine’ in its plans to ‘build the next major mining house’, and Goldstream’s Cairn Hill magnetite-copper-gold project feasibility study on track for completion in about two month’s time, news of another major mining development located about half way between Prominent Hill and Cairn Hill can only be positive for Coober Pedy’s future.
The new major mining development is the Western Plains Resources Limited’s Peculiar Knob and Hawks Nest iron ore deposit.
Peculiar Knob is about 80 km SE of Coober Pedy, and 100 km E of the Adelaide-Darwin railway line.
Hawks Nest is 115 km SSE of Coober Pedy, straddles Stuart Highway and is 45 km from the railway line.
Western Plains Resources changed its name recently from Western Plains Gold, to reflect its new strategic focus.
On 19 December Executive Chairman Bob Duffin announced to the Australian Stock Exchange that the feasibility study for the development of Western Plains Resources Peculiar Knob direct shipping ore (DSO) project has commenced. The study, with a budget of some $1.6M, is scheduled to be completed by the end of June 2007 with the grant of the mining lease expected later in the year. 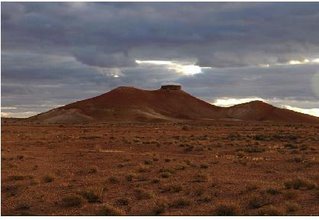 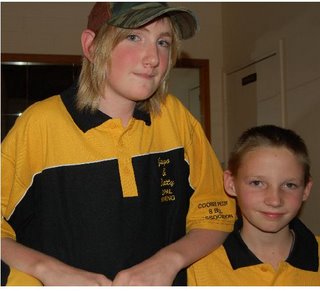 The next issue of the Coober Pedy News will on July 28 instead of today, July 21.

For the first time in four and a half years the Coober Pedy News will be available as a hard copy newspaper.

It will be free to reader this first time only, to keep up the continuity of a local fortnightly newspaper following the demise of the Coober Pedy Regional Times.

Subsequent issues will cost around $1.70.

The role of the website will change - it will become a reflection of the hard copy Coober Pedy News, rather than a stand-alone media outlet

Coober Pedy Mayor Steve Baines says that following a visit to the town by the SA Minister for Urban Development and Planning, Mr Paul Holloway, $175,000 has been allocated to combat anti-social behaviour in the town.
Further details to follow